Women Lawyers at War: With No Weapon But Armed

The Ukrainian Bar Association interviewed women lawyers who decided to dedicate their time to volunteering following February 24. These are women who have increased the number of hours a day by strength of spirit and found time to help those who need it the most. 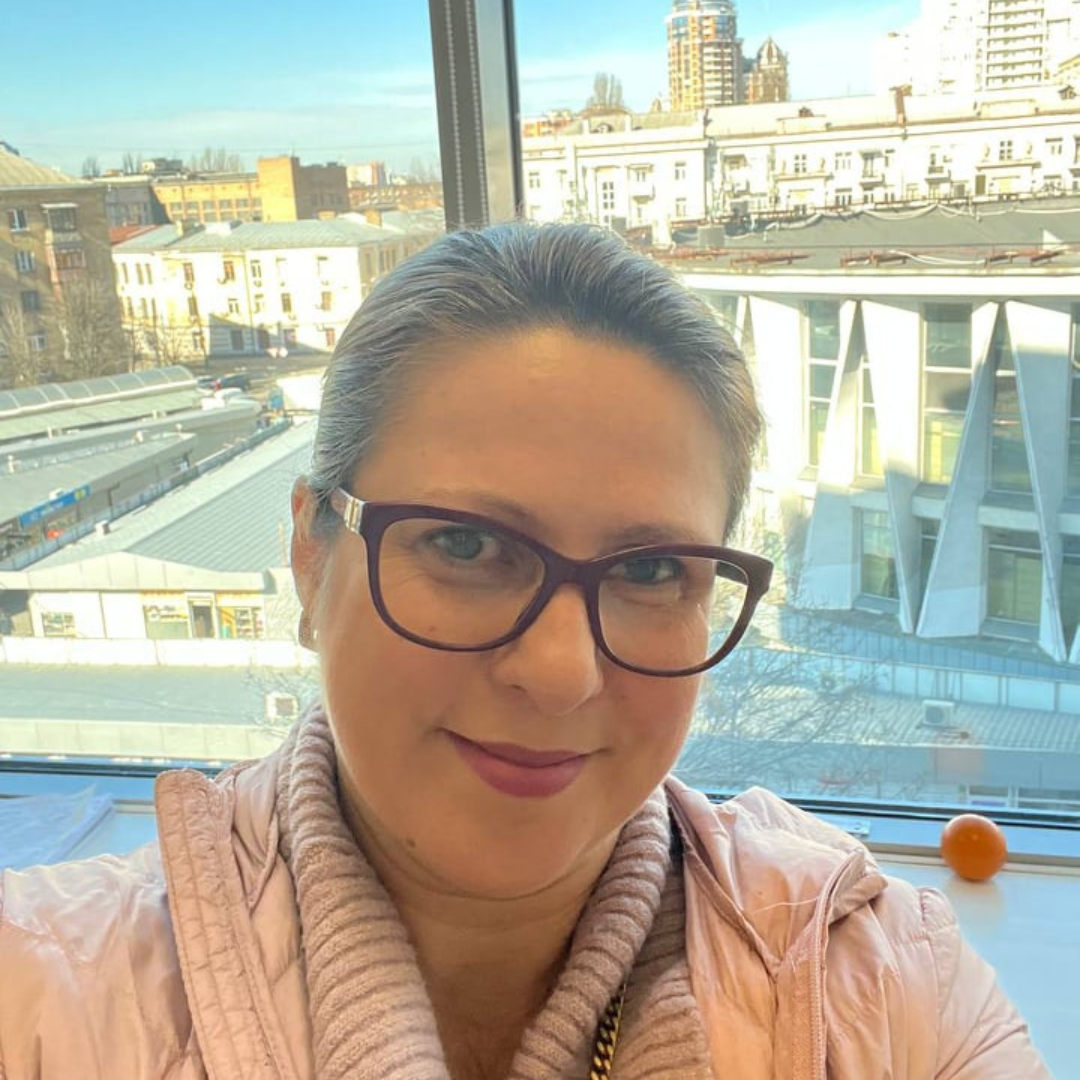 Olena Kibenko, Judge of the Commercial Court of Cassation of the Supreme Court

“When the war started, there was a great desire to help in every way you can. In the first week, we prepared a lot of legal statements and appeals to various institutions, there was some hope to end this, so to speak, through diplomacy.

The idea to inform people about opportunities abroad came up quite spontaneously. When I learned that the EU decided to activate the Temporary Protection Directive for Ukraine, I wanted to explain to Ukrainians what new opportunities they might discover. Many people were afraid to leave because they thought they would be granted refugee status immediately, placed in camps, restricted their freedom of movement, and unable to return to Ukraine. Therefore, I started actively posting information on Facebook and running a Telegram channel.

I decided to write about new opportunities for people so that they would not feel like refugees, but with the support of the EU, they can quickly integrate into European society, and return to a more or less normal life.

I believe that during the war everyone should do what they can. I know many lawyers and judges abroad, so I reached out to them to understand the nuances of applying the Temporary Protection Directive. For the first month, the Telegram channel has already attracted more than 4,000 subscribers. We have published information on 39 countries, and we are now moving on to answer more complex legal questions that arise for people who have moved abroad.” 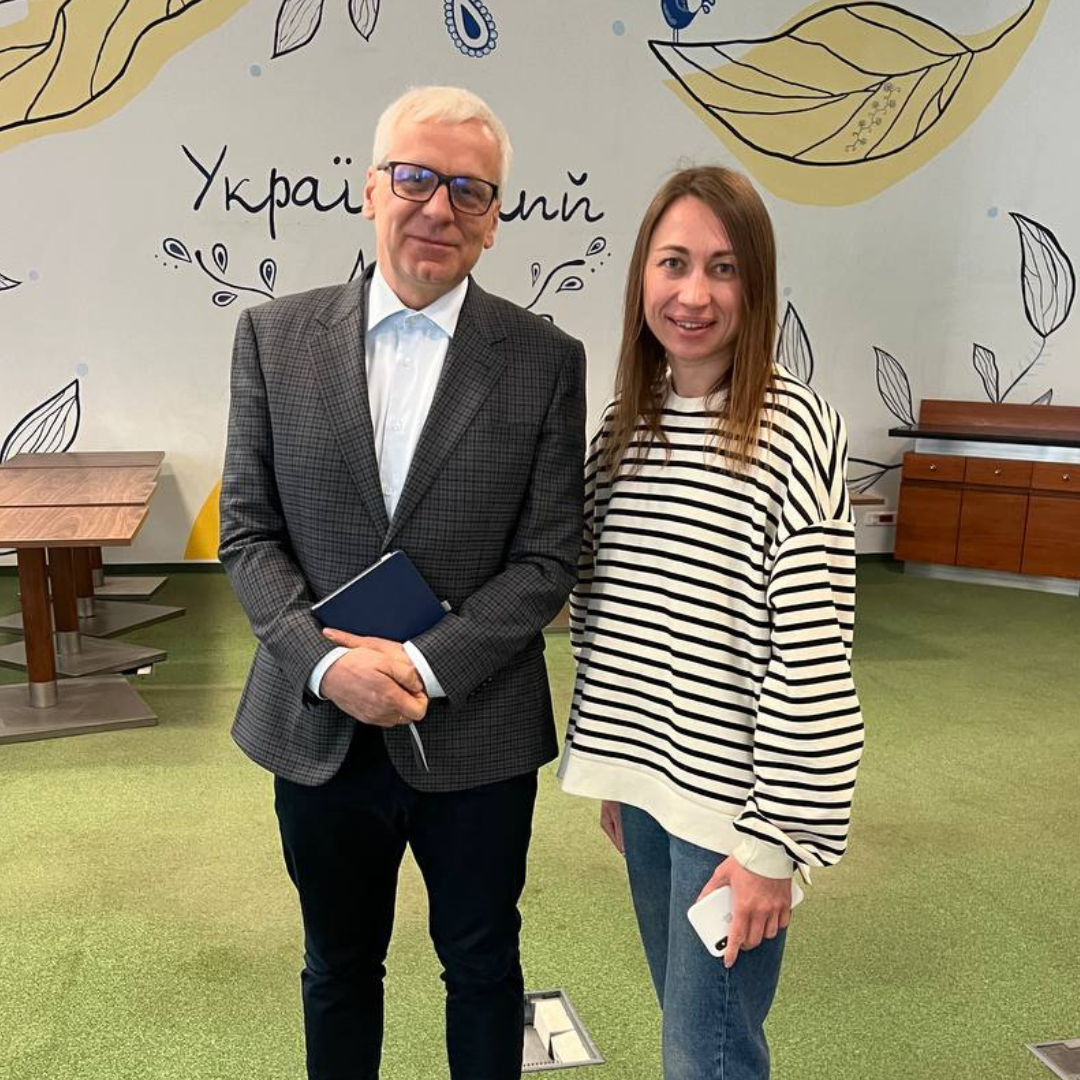 Yulia Fedosyuk, Lawyer, Head of Tax Law Practice at Ario Law Firm, Member of the Board of the UBA Tax and Customs Law Committee, Member of the International Advisers Association.

A volunteer in Poland, she joined the establishment of the Ukrainian Home for Displaced Persons.

“More than two months of war have shown us ​​how much each of us can do. Indeed, you can be a volunteer, a lawyer, a manager, a mother, a nanny, answer the hotline, chat, hold meetings, write reviews, consult, organize, help, and resettle.

Providing legal advice through the UBA hotline, the Ario Law Firm hotline, and the Telegram channel – for me was an obvious activity: in the basement, on the road, at the border, and already at a safe place.

Volunteering is an opportunity to help, which at the same time has helped me personally to cope with the horror that Ukraine and every Ukrainian are experiencing.

On February 26, I had to fly to Wroclaw for the weekend to cheer for my son and his team at a long-planned football tournament. The team left for Wroclaw on February 23, and the children learned about the beginning of the war in Poland. And on the evening of February 28, my daughter and I were also in Wroclaw and received incredible support and help from the Poles.

Soon the ZOBACZ MNIE Foundation together with local businessmen decided to open a Ukrainian House in the center of Wroclaw for Ukrainians fleeing the war. And I joined this initiative. Within a month, the cold office center, which was waiting for reconstruction, turned into a comfortable hostel-boarding building for two teams of children-football players from Kyiv, mothers with children, and families who stayed there. A place that gave shelter to more than 200 people from Ukraine. Currently, four classes of children in the Ukrainian House study according to the programs of Ukrainian schools with Ukrainian teachers, and a kindergarten for preschoolers is being set up.

I am currently in Warsaw, while the Ario Law Firm team works in Kyiv, Lviv, and Warsaw. We share information through our Telegram channel jurFAQ, consult in the Telegram chat and return to full-fledged work. Business must work, war will not stop us.

I realized for myself that volunteering is a national feature of Ukrainians. I continue with volunteer projects here and I believe that soon we will all return home.” 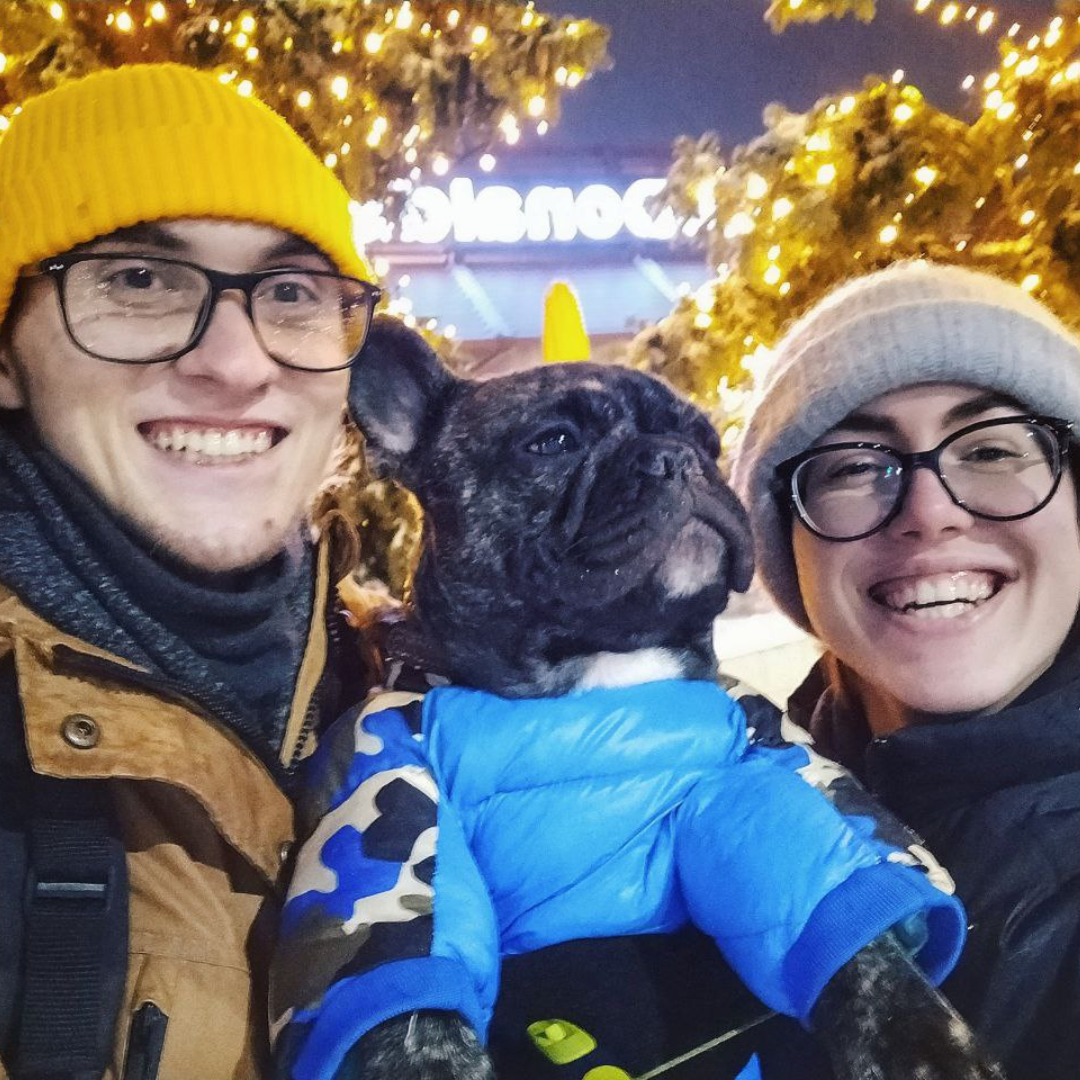 Olga Berezina, Freelance Lawyer, Member of the UBA Committee on Telecommunications, Information Technology, and the Internet

“On February 24, enemy tanks entered Trostyanets. The occupiers chose the railway station, where my family lives, as the location of their headquarters. From that moment, my story of helping my family and the city began.

At a time when it was difficult to leave the city, even with humanitarian corridors, my husband and I decided to create a Telegram channel that would inform residents about the situation. That’s how “Trostyanetska Palyanytsia” came into being – now, perhaps, the most popular channel in the city. Later, we contacted a local volunteer who stayed in the city during the occupation to pick bread and distribute it to the citizens free of charge.

We also founded a volunteer project – a telegram bot “Trostyanets Support”. All requests from people are posted on the board and automatically segmented by category. Everyone has access to the bot, and we have added representatives of local authorities, SES, and public utilities. Requests are currently being processed by our team of volunteers and ordinary people.

In addition, there is a function to search for people, service to search for a companion. We also collect information on crimes and pass it on to law enforcement agencies.

Later, my friends and I organized a humanitarian headquarters, which employs a team of volunteers who coordinate humanitarian aid in Trostyanets. We have created a unified CRM system in Notion, where we note when and which cargo arrives, what is in this cargo, and who should be publicly thanked, we digitize all data and processes. We are currently working with hospitals, utilities, the SES, the military administration, funeral services, humanitarian headquarters in other cities, foundations, and volunteers.” 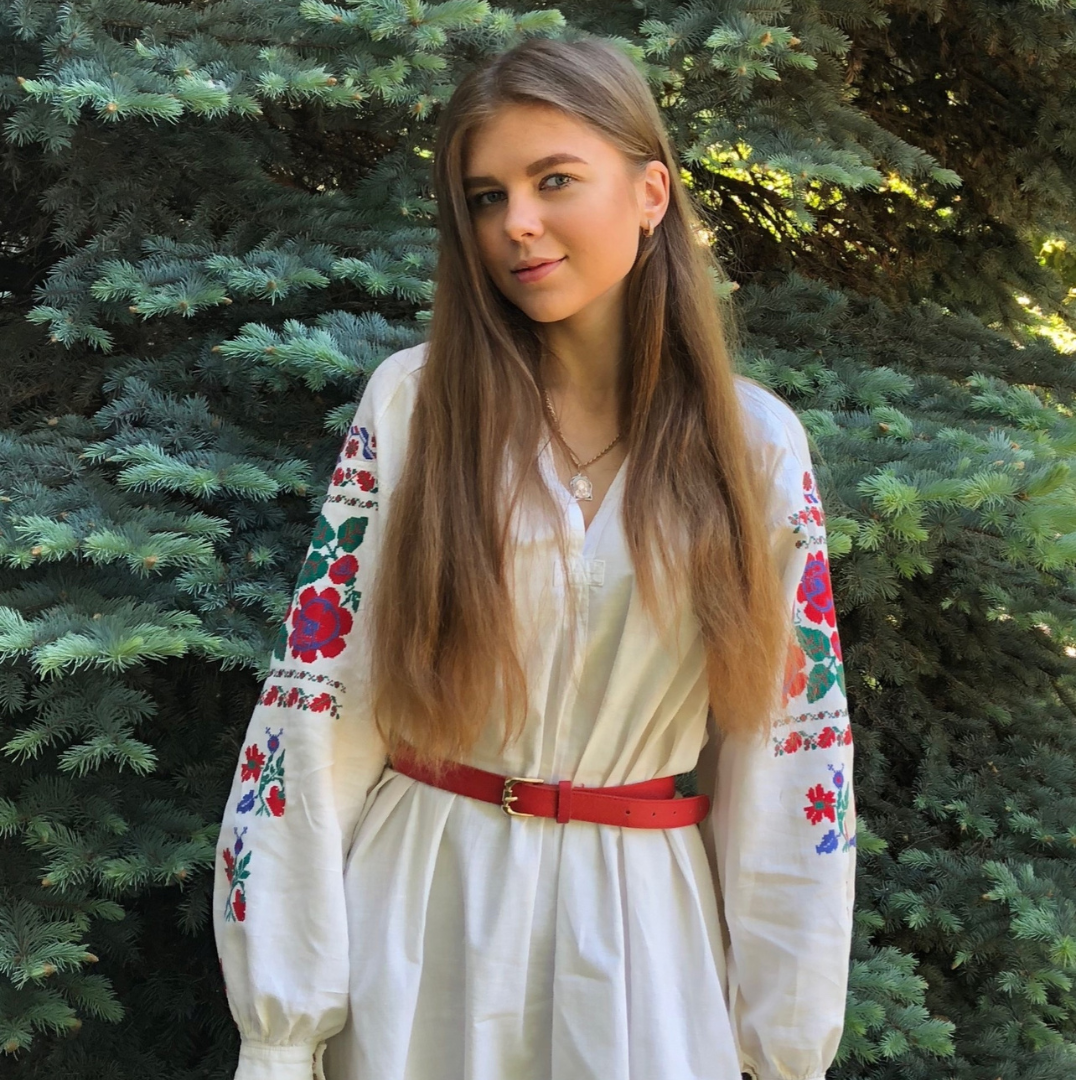 “Today, a volunteer is not only someone who helps the Armed Forces or the Territorial Defense, but everyone who spends at least some time to help people. Now we see how everyone around us has come together and is helping Ukraine.

From the first days of the war, volunteer groups were formed in Asters in four directions. While our colleagues were busy searching for ammunition, medicines, and logistics for their delivery, we did our best to help their families and families of clients who had to leave their homes, relocate and find accommodation if necessary. We are asked about the need to find transport to get to the right place, about finding housing both in Ukraine (paid or free) and abroad (mostly free), about proper paperwork abroad, and we even have questions related to the difficulties of returning to Ukraine (this applies to persons who left without a passport). Very often these issues are complex and urgent, and people stay in countries with different time zones. Therefore, we communicate with everyone, regardless of the time of day, and are open to any appeals 24/7. These days we have become psychologists, migration specialists, and even a few logisticians and realtors.

There are no strangers or relatives in the war. There are people who need support and assistance, and there are those who can and want to help. However, we will not hide that we also have selfish motives. Under the influence of recent events, everyone has formed a huge bundle of energy, which, if not splashed, can, as psychologists say, turn into a real depression. We decided to direct our energy in a positive direction, and when we saw the first reports that our colleagues and clients are safe thanks to us, this made us run even faster.” 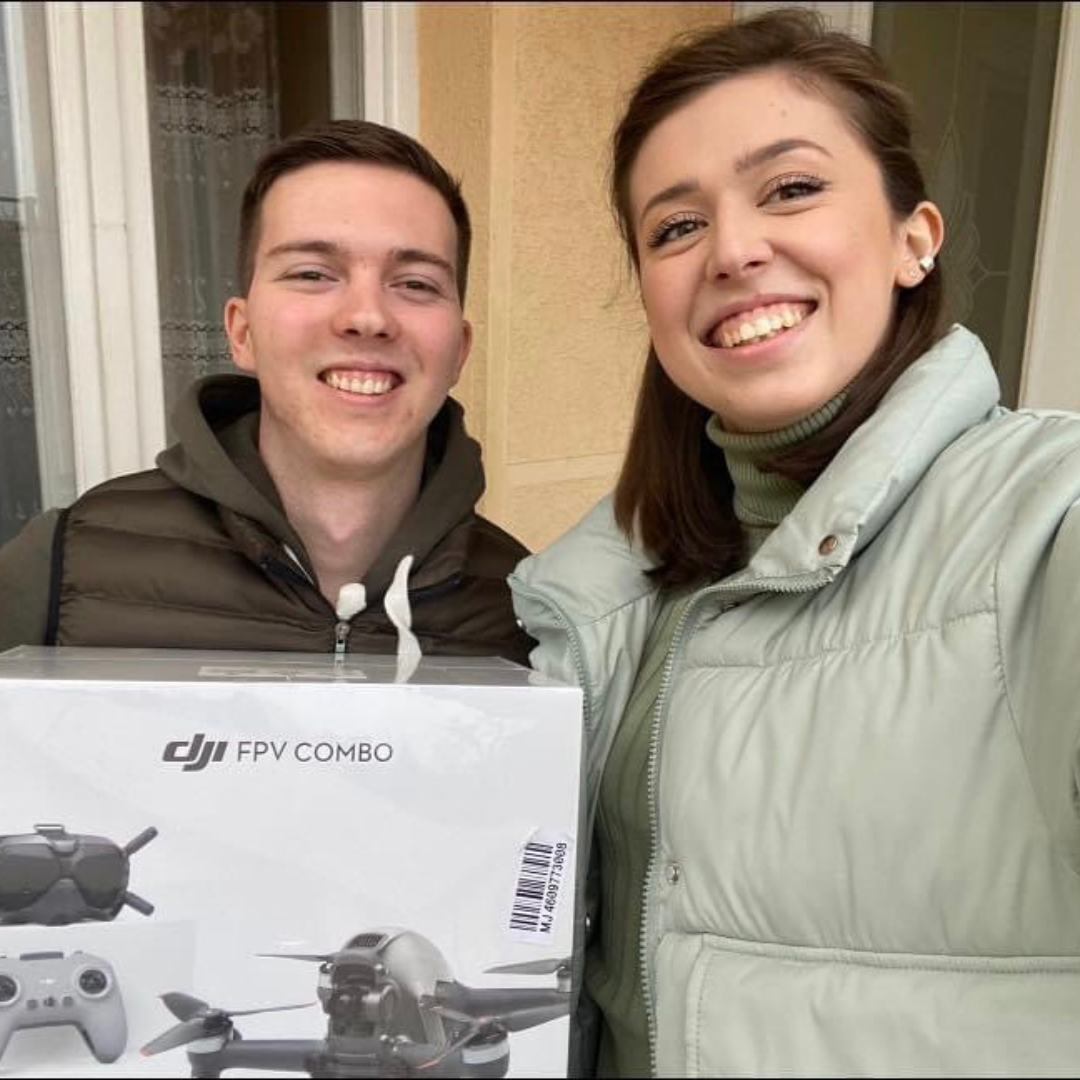 Volunteer in the Transcarpathian region

“A few days before the war, I came to my parents in the hometown of Mukachevo for the weekend – and stayed here. Later, friends from Dnipro, Kharkiv, and Kyiv came to my house. They could not just sit around. More than 100,000 Ukrainians came to the city. At first, they helped everyone with the settlement. I wrote a small message in a chat with 15 people that I can help and guide with shelter. And then like in a fog: thousands of messages and calls every day. It is a pity that I was not able to record any dialogue – I want the voices of mothers who saved children and Ukrainians who lost everything to be heard in the ears of every Russian as soon as they wake up and fall asleep.

Now I understand the meaning of the phrase “do not have a hundred hryvnia, rather have a hundred friends.” On the third day, volunteers from Romania were already bringing us the first batch of medicine and warm clothes. And now we meet every Wednesday and Saturday. I promise to learn Romanian, and they promise to sing the anthem in Ukrainian.

Then we had to look for a warehouse. Then another. And another. We were literally overwhelmed with humanitarian aid. It did not stay long, I lost count of how many mini-busses, cars, and trucks we loaded, and most importantly – saved hundreds of lives.

At the same time, I spoke to the world – in about 30 interviews on BBC radio and television I kept telling the truth about the orcs, what are they doing, and how we send them to the Russian ship. And that we need help for people. Now, our priority is medicines, we are looking for them abroad. We help animal shelters. And we plan to open a youth hub.”

The Ukrainian Bar Association expresses its sincere gratitude to all members of the legal community for their daily courage and dedication, for their steadfastness and decisive steps towards Ukraine’s victory in the war with Russia!